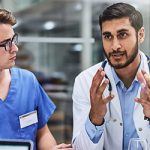 If your hospital or clinic offers orthopedic surgery or gynecology and participates in Medicare or Medicaid, it’s likely that you already are aware of harsh fact: Failure to properly submit Physician Quality Reporting System (known more simply as PQRS) reports results in a two percent reduction of reimbursements.

What you may not know is more than a third of participating orthopedic surgery and gynecology practices take advantage of PQRS reporting, according to a report released by the Centers for Medicare & Medicaid Services, 2015 Reporting Experience: Including Trends (2007-2015) Physician Quality Reporting System 2017.

What is PQRS Reporting?

The PQRS reporting program is the primary means by which CMS is implementing value-based purchasing (VBP), designed to reward quality over quantity when providing compensation for services provided for Medicaid or Medicare patients.

Scheduled to sunset in 2018, the PQRS program measures quality via reported medical measures taken by qualifying physicians. Initially created with 74 reportable measures, the number of reportable measures and means by which a physician can report them has increased yearly based on participant feedback. As of 2015, there were 253 measures that could be reported to the system.

Beginning in 2015, the PQRS program was also used to determine whether physicians receiving funds would be subject to a payment adjustment: a penalty of two percent. Physicians that did not participate in the program—or failed to report the required number and percentage of measures—were subject to the adjustment.

Although the PQRS program is sunsetting in 2018, the focus on VBP is continuing. The PQRS program is being replaced by the Merit-based Incentive Payment System (MIPS), which retains many of the features that were present in PQRS, while also implementing a volume threshold.

PQRS reporting failure was, by far, the most common reason that physicians were subject to the payment adjustment in 2015. Of those that did report, reporting via electronic health records (EHR) resulted in the fewest percentage of payment adjustments, with only four percent receiving adjustments via that reporting method.

This finding by CMS is in line with one of the primary goals of PQRS and MIPS: to increase the use of EHR by physicians to provide higher quality care for patients. According to the CMS report, this type of reporting was uncommon, with the highest percentage of use coming from:

While the initial report only covered 2007–2015, some additional statistics were provided for 2017 in the final release of the report. The most important statistic is the percentage of physicians subject to the penalty due to failing to satisfactorily report measures taken, broken down by specialty, which included:

Both numbers represent a slight decrease from 2015, but still mean roughly a third of physicians in these specialties are being penalized.

The fact that PQRS reporting methods correlate significantly with being subject to the penalty suggests it isn’t the standard of care lacking among most physicians being penalized, but rather that administrative abilities are lacking. That is a dilemma that can be solved in part with healthcare management systems and other healthcare IT PQRS solutions.

The first step, if not already taken, is clearly to use EHR in daily practice. Use of EHR is both a factor in determining whether a practice or individual should be penalized and is strongly correlated with better quality of care for patients.

The next step to improving the quality of reports is improving patient management. Streamlined administrative procedures will result both in better outcomes for patients and in reported measures that are more likely to pass muster.

Once MIPS becomes the dominant program in 2018, every practice will need to provide quality care, have strong administrative practices, use EHR, and serve large numbers of patients. Although quality of care is entirely the responsibility of the physician, those other factors require professional administrative experience. It is a task that is simply beyond a single physician or administrative assistant. It is a task that requires a highly experienced team of professionals using patient engagement technology, like the Sequence healthcare SaaS (software as a solution).

The best way to satisfy MIPs and avoid the penalty is to use the services of a patient management platform. A good patient management platform assists with all administrative functions, including patient acquisition and patient retention. This platform becomes an extension of the administrative staff of the practice, answering questions, verifying insurance, and providing reminders throughout the care of patients.

Overall, this service eases the administrative burdens on physicians allowing them to provide higher quality care to a larger pool of patients, both of which will be essential requirements to avoiding the penalty starting in 2018.

The conclusion of the CMS report is clear: Familiarity with the PQRS reporting system offers slight benefits, but modernizing offers the best benefits.

Physicians that use electronic health records and incorporate outside administrative assistance are vastly more likely to avoid the penalty than those that don’t, because those physicians are providing higher quality care to their patients. And since the costs involved in modernizing are almost always countered by an increased patient base, there is little reason not to modernize.

As Sequence Health’s Central/Western Regional Director, Chris Stearns is not only one of our healthcare IT experts, but he also provides specialized focus on Orthopedic Surgery and Women’s Health.

Google Business Profile: What It Is and Why You Need It

What are EMRs (Electronic Medical Records)?

How Are Healthcare Providers Using Video For Training & Communications?