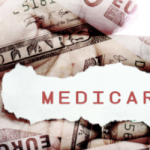 Keeping up with the latest changes to Medicare reimbursements—whether they are actual changes, proposed changes, or just speculation—is always a challenge. However, with a new Presidential administration preparing for when President-elect Donald Trump is sworn-in in a couple weeks, the rumors are definitely more intense than ever…especially after Trump’s campaign promise to repeal the Affordable Care Act (“Obamacare”) immediately after he is inaugurated.

However, that poses yet another challenge for healthcare administrators that are affected by Medicare reimbursements: Along with simply keeping up with the headlines and reactions, there is the added complexity of not being distracted by partisan politics and other subjective anticipations or interpretations.

In that context, here is a digest of expectations, analyses and non-partisan opinions about potential changes to Medicare reimbursements in 2017 and beyond.

[Tweet “…here is a digest about potential changes to Medicare reimbursements in 2017 and beyond.”]

Repealing Obamacare: Will It Happen?

It’s almost impossible to discuss the Medicare reimbursements without address the potential for ACA being repealed. Prior to the election, there was no doubt about Donald Trump and Mike Pence’s intentions to repeal Obamacare. In fact, their campaign Website’s position statement, “Healthcare Reform to Make America Again” made it crystal clear:

“On day one of the Trump Administration, we will ask Congress to immediately deliver a full repeal of Obamacare.”

However, since the election, things have become less certain. In its statement, “TrumpCare Explained”, ObamacareFacts.com said:

“However, after a meeting with President Obama [shortly after Trump won the election], President-elect Trump has suggested he will either amend ObamaCare or repeal and replace it.”

Yesterday, the LA Times article “Obama and Pence Visit Capitol Hill to Rally Opposing sides on Obamacare” said that “It’s unclear what, exactly, Trump is recommending” and that “Republicans are in a bind over their efforts to repeal the law.”

However, it is a Law360.com article, “Health Care Policy to Watch in 2017” that perhaps provides the most concise explaination of what to expect with Obamacare:

One reason that is is so difficult to find a solid answer to the “Will Obamacare be repealed?” question is because it is closely tied to two other questions: When would it be repealed and what would replace it?

“It might take as many as three more years to unwind the gears of the Affordable Care Act, especially when it comes to Medicare,” according to the FiscalTimes.com article “Trump’s Dilemma: Can He Repeal Obamacare Without Killing Medicare?”

Law360.com further suggests that the answers are murky because of the potential of a “repeal and delay” approach where Congress could repeal Obamacare immediately, “but delay the effective date of repeal by a few years—without simultaneously passing a replacement law.”

Repealing Obamacare: If It Happens, What Happens to Medicare Reimbursements?

“Although Trump said during the campaign that he wouldn’t touch Medicare or Social Security—he wouldn’t have secured enough Electoral College votes if he had—tearing apart Obamacare will almost certainly raise costs for Medicare beneficiaries and hasten its decline as a guaranteed, fee-for-service system.”

Of course, there are varying opinions about the potential impacts. For instance, it may mostly be a matter of disruption for healthcare administrators, according to a HealthcareITNews.com article with a very self-explanatory title, “ACA Repeal Could Make ACOs, MACRA, Medicare Shared Savings and CMS CMMI More Complicated”.

Another suggested impact is that reducing or elminating Medicare (and for that matter, Medicaid) funding will trigger a series of events that may result in financial losses into the billions for hospitals, according to The Hill.com in its article “So What Would Happen If We Repealed ObamaCare?”:

“If you remove tens of millions of people from the rolls of the insurance carriers because subsidies are eliminated and Medicaid expansion is defunded, if young adults ages 18 to 26 lose coverage, as well as those with pre-existing conditions, where do those who lose coverage go for care? As you might have guessed, it is your local hospital emergency room. This will result in tens of billions of dollars in uncompensated care being provided by our hospitals. Prior to the enactment of ObamaCare, uncompensated care provided by hospitals in our communities was in the range of $75 billion to $125 billion.”

For the moment (and perhaps for the next months or even years), Medicare is still here, and for that matter, so are new programs such as MACRA, which was rolled out days ago on January 1, 2017). In as much as you should be prepared for changes to Medicare reimbursement for whenever they occur (and for whatever reasons), it’s even more important to do what you can now to ensure the best outcomes for your Medicare patients, which can be improved with a reliable and efficient patient management system.

If your facility seeks proven, qualified guidance and support to successfully participate in the MACRA rollout, please contact Sequence Health to learn about our solutions.

Animated Explainer Videos for Healthcare Businesses: How They Benefit and Examples

5 Benefits of Telehealth: Why It’s the Future of Healthcare

How to Use SWOT Analysis in Healthcare: Steps and Strategies

Why Text Messages Is Best for Healthcare Companies: 4 Amazing Benefits

Why Is The Patient Experience So Important In Healthcare?